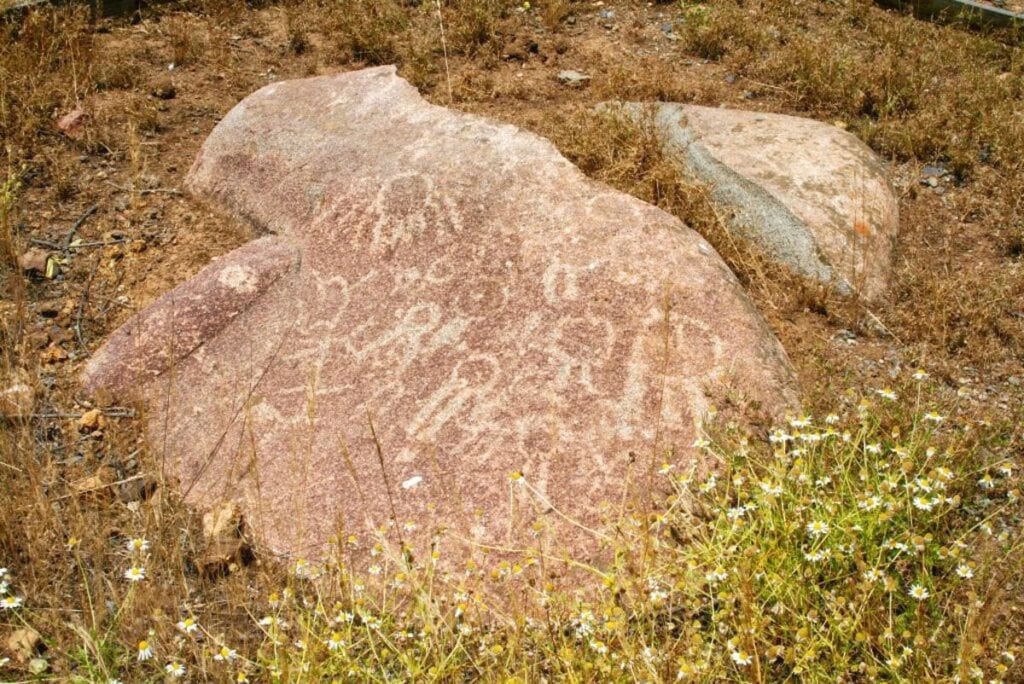 The study of the archaeological material located in the Quilmenco gorge where Minera Tres Valles is located, is an extensive initiative that has collected important information, each phase more detailed and precise, about the pre-Columbian setting that was once present in the Gorge.

These efforts have led to a series of discoveries outlined in a consolidated report that provides conclusions about who inhabited the territory, where they lived, their way of life, among other specifics.

In order to highlight the historical heritage, during 2016 a Rock Park will be built, which will gather the most significant archaeological material from the area, displaying and protecting the artifacts in an organized exhibit. The park will act as a contribution to the communities’ understanding of the insightful input that these pieces represent in the knowledge of the social and cultural history of the valley in which the Tres Valles project is located.

For Minera Tres Valles, the objective of these efforts is to be able to appreciate the archaeological material in a permanent manner and to enhance the knowledge and awareness of the territory, local culture and highlight patrimonial qualities that are represented. These artifacts, which come from different times and circumstances throughout history, uncover the past of the ancient inhabitants of the Quilmenco area. Together with the current presence of mining in the zone in a single physical space, both will become an integral part of the other’s existence.

INHABITANTS OF THE QUILMENCO TERRITORY

One of the most notable findings is that “it has been possible to define the existence of local communities (Pavlovic and Rodriguez 2003; Pavlovic 2003;. Mendez et al 2009), who would have carried out a way of life typical to that of the hunter-gatherers, supplemented by the use of ceramics. Recently Pavlovic et al (2012) called such local communities Tradiciones Alfareras Tempranas del Choapa (TATC),” or Early Potter Traditions of Choapa”

“These communities made use of different tyoes of terrain (Pavlovic and Rodriguez 2003; Pavlovic 2003), which included river banks, foothills, gorges, ridges and hillsides, without there being extensive occupation of the areas with the greatest agricultural potential. The evaluation of this indicator, in addition to their material culture, allows us to link to these local communities with a way of life characterized by hunting and remaining mobile, incipient or undeveloped horticulture, being that it is possible to only identify the cultivation of quinoa and madi (Contreras et al. 2003).”

During the archaeological study important artifacts were discovered, blocks with petroglyphs (which were located where the rock park will be built), among others, the study significantly adds to the knowledge of the pre-Columbian cultures of the area.

All this work was done through various field campaigns between the years 2010 and 2012 by the archaeological team of POCH Ambiental S.A. led by Maria Loreto Vargas. For each realized discovery, the teams were composed of two specialists and two workers.